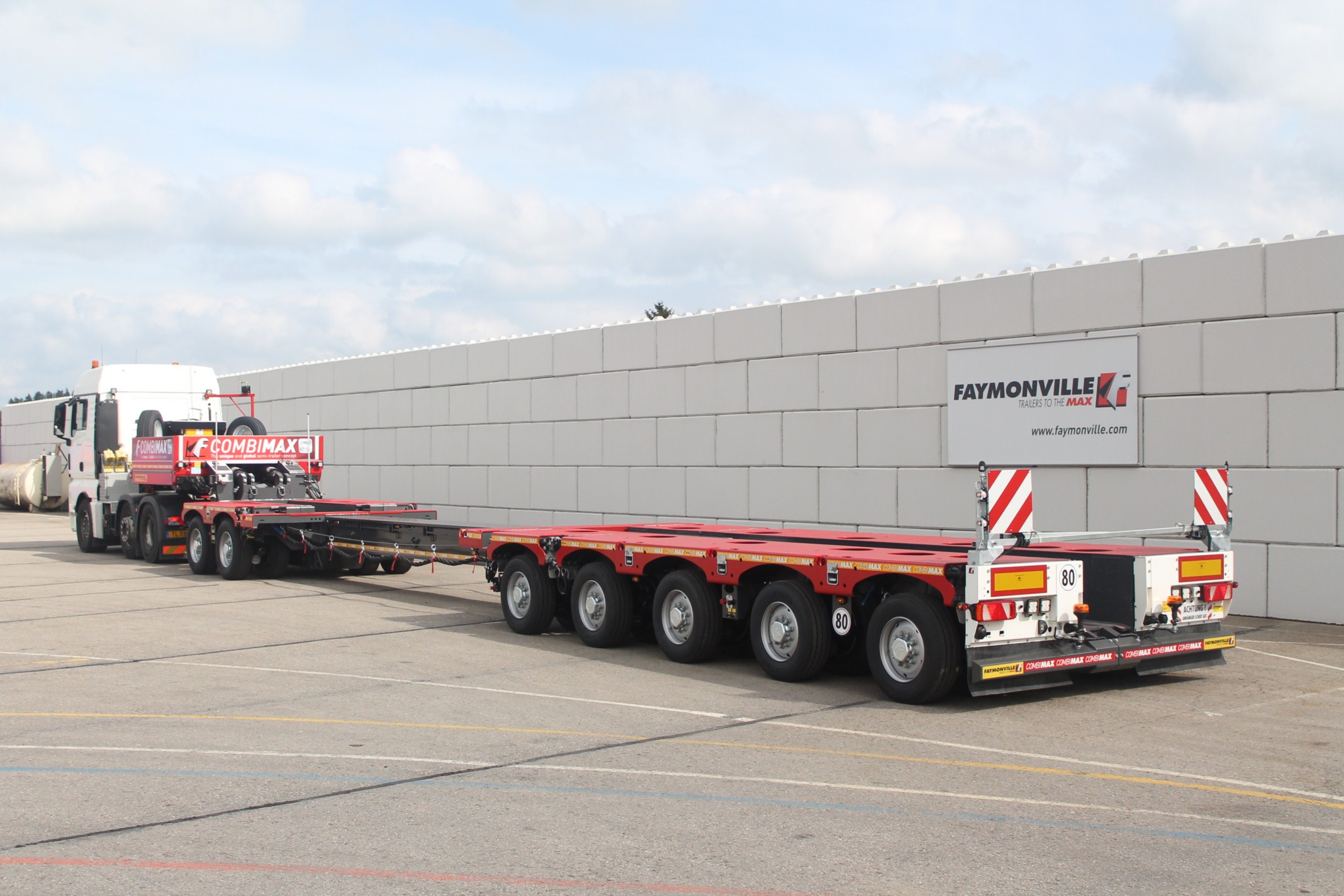 The CombiMAX is a unique, far-reaching low loader concept, the idea of which is based on the variety of combinations with standardised components. The principles of modularity and flexibility are applied to the trailers and step frame semi-trailers for medium to heavy payloads of between 50 and 250 tonnes.

The CombiMAX can be tailored individually to every transport requirement. New components and methods have been developed especially for this concept.

The bogies are available with pendle axles, with axles on independent suspension in the Twin-Axle-II version as well as in knuckle-steered variants – and all of them have the same interface, because all axle systems are controlled by a newly developed and universally usable gooseneck: the "ONE-NECK-TECHNOLOGY" from Faymonville - unique and revolutionary in the transport industry.

The combination of three coupling systems is also new:

The combination of these three systems enables versatility, speed and efficiency with regard to the customer’s widely varying transport requirements. Thanks to the universal coupling head, the direct connection of components of different heights (tyres) and widths is also easily possible.

This creates countless possibilities and each individual component of the CombiMAX construction kit can be used more frequently and accordingly be amortised faster. Total investment in the vehicle fleet is thus considerably reduced.

The maximum technical axle load of the different types of bogies was defined on the basis of a minimum speed of 30 km/h. This leads to a considerable optimisation of the dead weight compared to known modular axle lines.

Despite the weight optimisation, an enormous bending moment across all bogie variants is achieved by the use of high-strength fine-grained steels and a new frame design.

Particular importance was attached during the development to the simple operability of the overall concept. The intuitive operator guidance significantly increases safety and reduces the risk of incorrect handling.

The Faymonville CombiMAX captivates by its versatility and is accordingly suitable for all transport needs. "Define your transport task - configure your vehicle solution!"

The new CombiMAX series combines all the advantages of a modular system with the user-friendliness of a conventional heavy load vehicle such as the product types MultiMAX, MegaMAX or VarioMAX and offers the customer an inexpensive and variable solution for the most diverse requirements thanks to its versatile combinability.

Every conceivable combination can be created from the variable basic principle of the CombiMAX, allowing the CombiMAX to open up the door to the market of unlimited possibilities. Standardisation extends to the supply of spare parts, which thus proceeds faster and more efficiently.

The CombiMAX can be equipped with several steering systems, each of which is connected with a universally usable gooseneck (One-Neck-Technology) or with a drawbar:

The composition of the CombiMAX semi-trailers can be extended as desired by accessories. The equipment options for the semi-trailer include:

The CombiMAX can be tailored individually to the transport requirements. Whatever the transport challenge, it can be mastered by individual configuration thanks to the CombiMAX principle. Hence, all areas of application remain possible, for example the loading of: 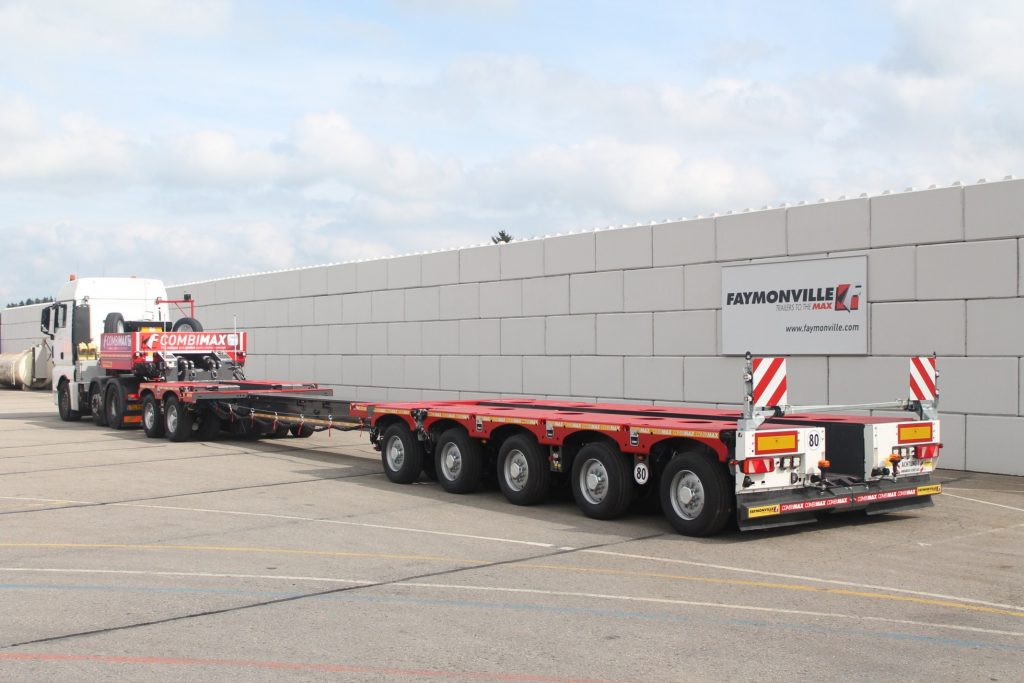 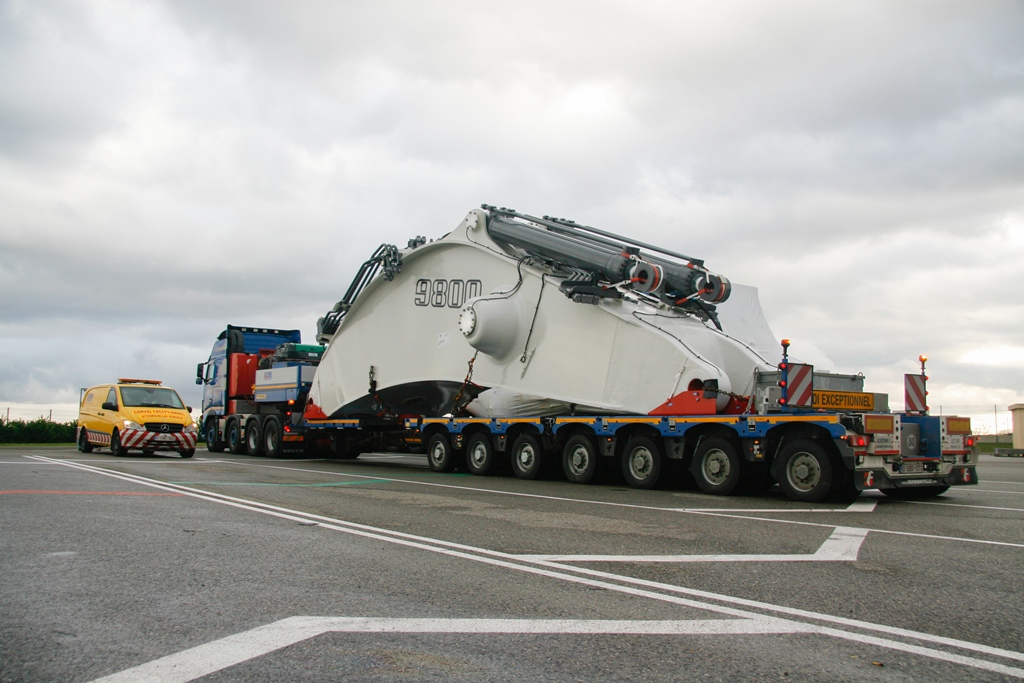 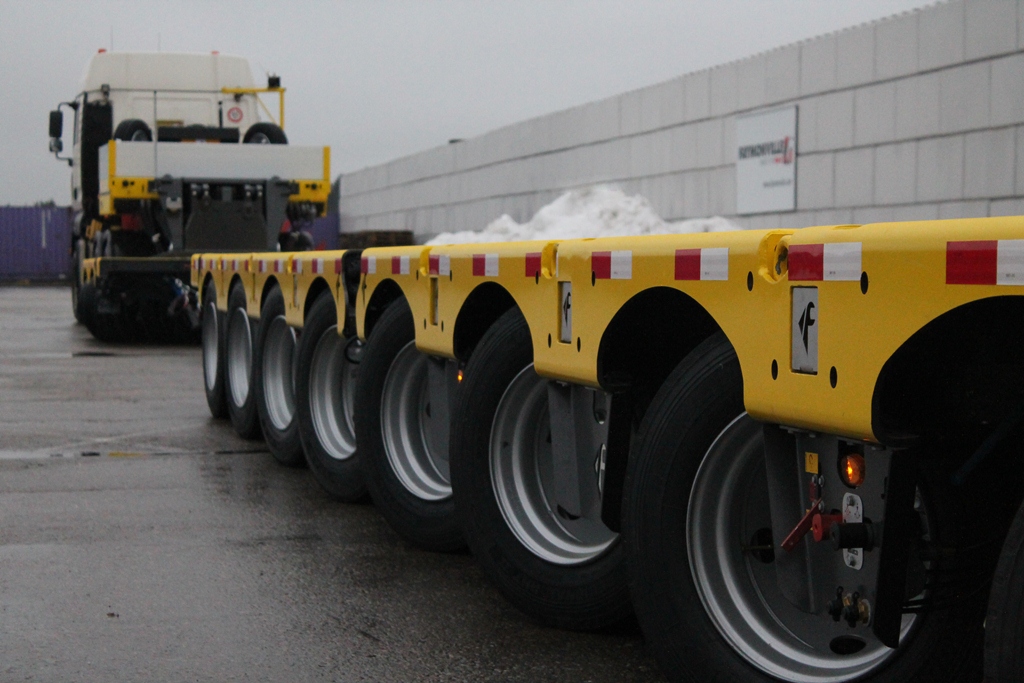 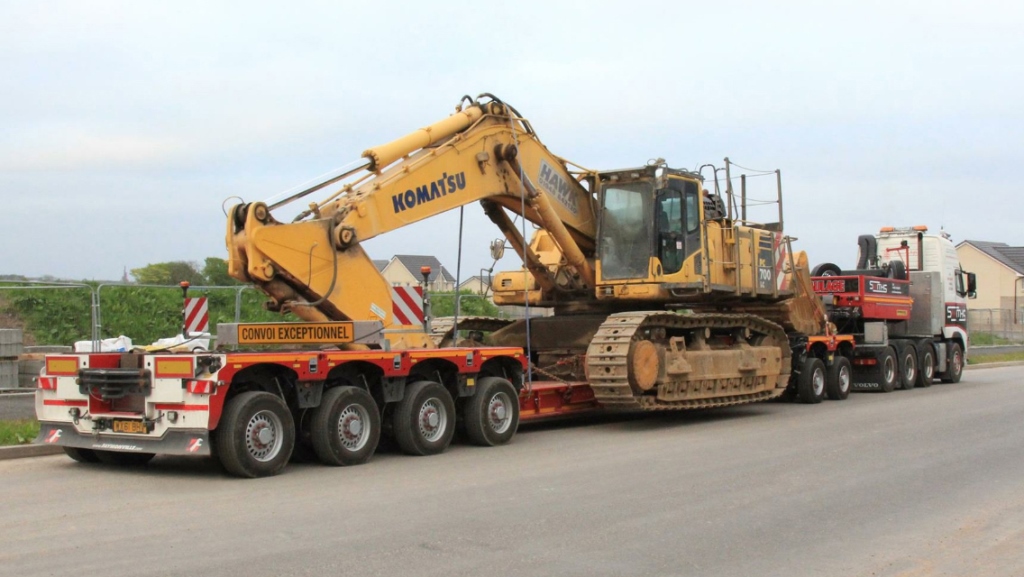 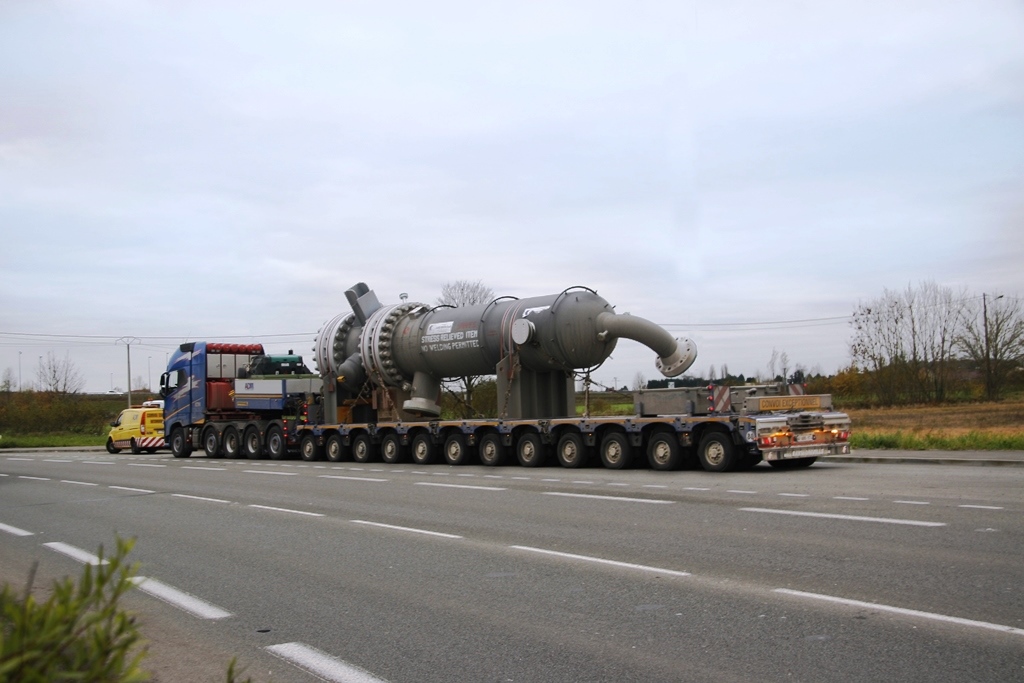 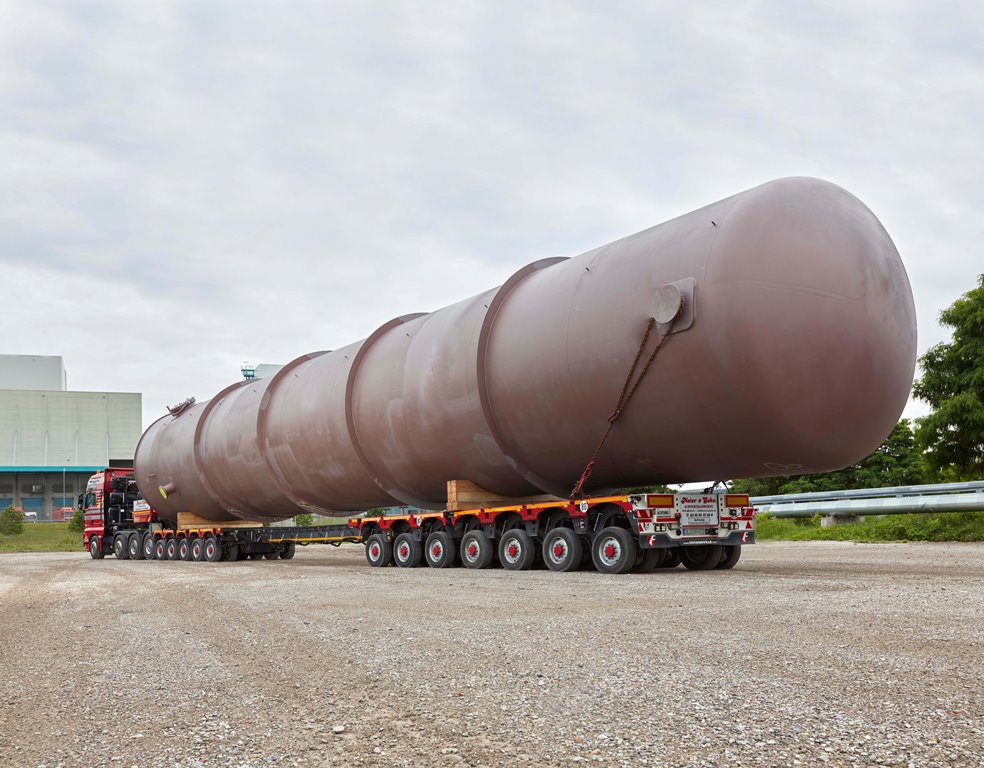 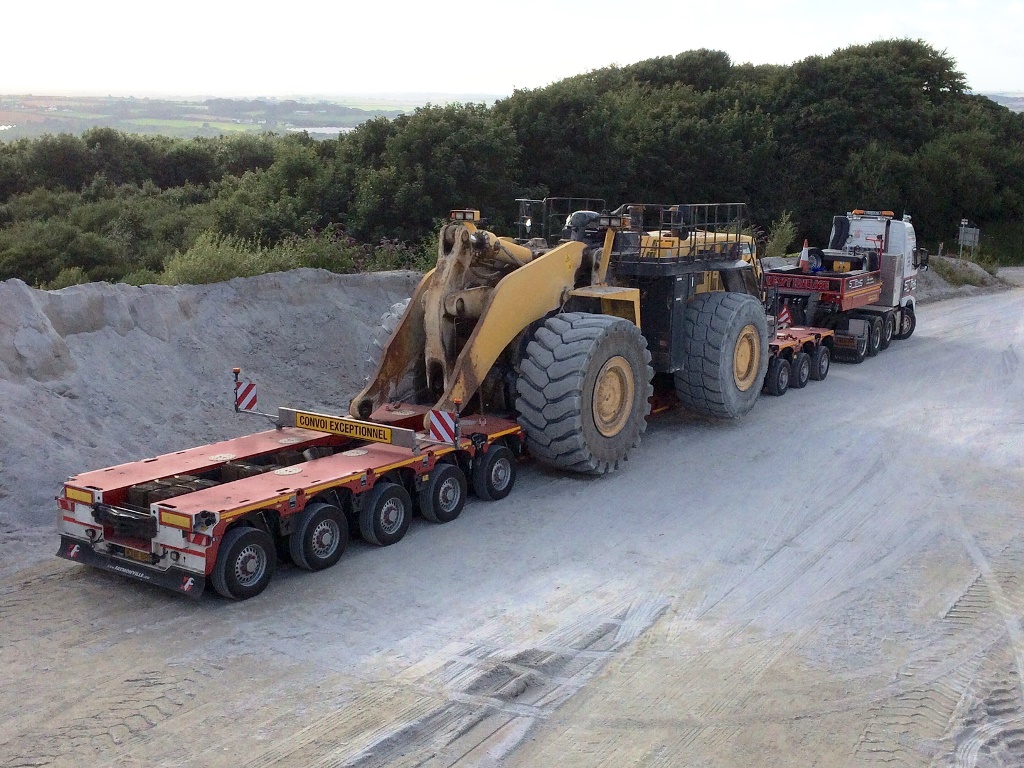 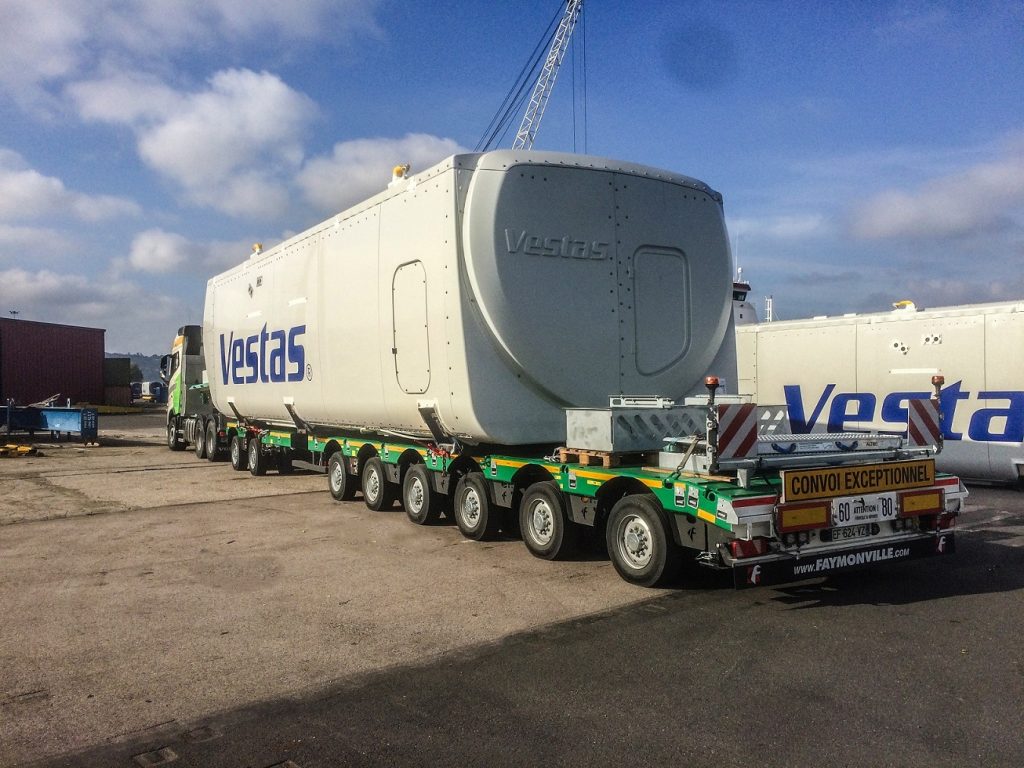 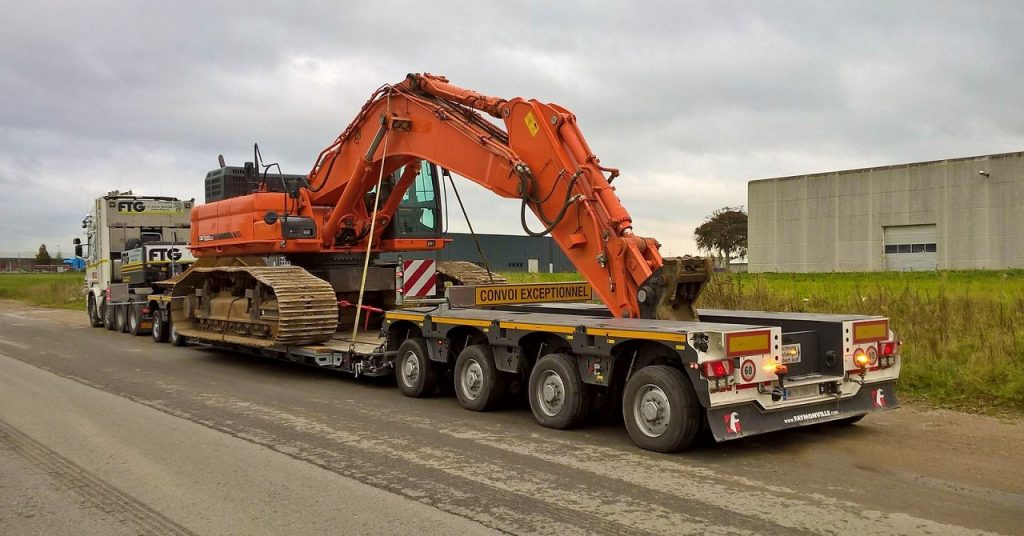 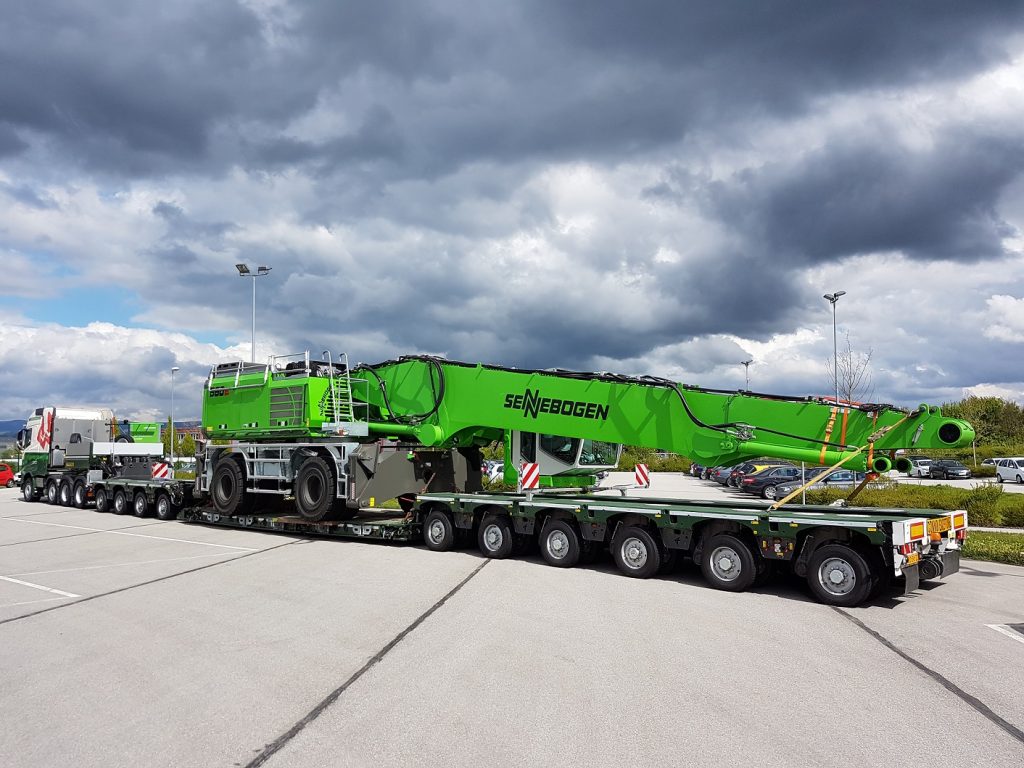 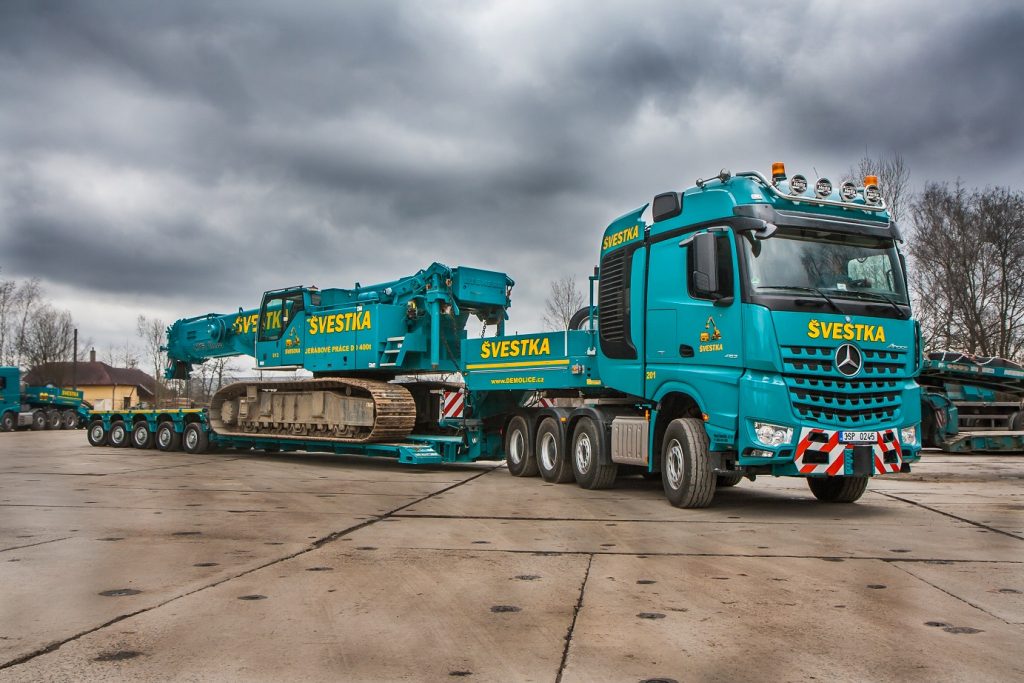 For more details of the Faymonville range please visit the manufacturers website at www.faymonville.com  or contact us at sales@ashbournetruckcentre.com for further details of any of our new stock.